So Unhappy about Google Reader

I was so disappointed about Google’s announcement to shut down its Reader on July 1.  This has been my go-to blog aggregator and have enjoyed using it to follow some of the best ed tech minds.  I have also used it to pull together some interesting sports feeds.  Perhaps like me you will be looking for a replacement.  This blog post is dedicated to the demise of Google Reader.

Google Reader to shut down July 1st
In addition to killing off Reader, beginning next week Google is ending support for the Google Voice app for BlackBerry smartphones, instead pointing users toward the HTML5 webapp. The company will no longer sell or update the desktop versions of its Snapseed photo editing app, and a number of other developer APIs are also being killed off.
http://tinyurl.com/c9w2wvh

My Google Trust Issues
Be very wary of free, since it may come and bite you on the rump down the line. . . . There’s not an aspect of my digital life—work, rest, or play—that Google hasn’t infiltrated in some way, and, for the most part made better. . . . But Google’s apparently hasty decision to give the Reader service the ax is making me reconsider my relationship with the company.
http://tinyurl.com/c3ccc2z

Google Reader Ending Helps Iranian Government Oppress Its People
Google Reader is ending, and while Americans won't notice much, this is a huge loss for Iranians, who use Google Reader to get around internet censorship by the Iranian government.
http://tinyurl.com/c5y3r9e

Google Reader is dying, but we have five worthy alternatives
We've put together a list of what we think are the best replacements for the soon-to-be-late Google Reader. Plugged-in types won't want to miss a beat once Google Reader sees its sunset, so getting familiar with these alternatives now could be key.
http://tinyurl.com/crrhegm

The Old Reader
Welcome to The Old Reader, the ultimate social RSS reader. It's just like the old google reader, only better. We're in beta right now, but we're constantly working on improvements and new features.
http://theoldreader.com/

Five Best Google Reader Alternatives
We're all seriously bummed about Google Reader shutting down, but it's not the end of the world, and there are a number of great news reading apps and services out there stepping up to replace it with syncing features and easy import tools to keep you organized. This week we're going to look at five of the best, based on your nominations.
http://tinyurl.com/brj6kjy
Posted by Anonymous at 5:00 AM 1 comment:

Last week, as I have posted here, I gave three presentations:

1) A webinar on iPad professional development on edWeb.net

As I was tweaking my slides I thought back on how I had arrived as a presenter on "multimedia projects".

Well, it all started at MACUL '07, which I felt I had been forced to attend since I had no particular interest in doing much of anything in the classroom with multimedia.  I attended a session on creating mp3's by telephone using Gabcast.

I began creating audio files and used them in my American Government class.  I then starting collecting podcasts in all of my classes.  The centerpiece of my Government course was a legislative simulation which I began to move online.  On a lark, I decided to apply to become an Apple Distinguished Educator, even though I taught in a P.C. school.  In order to apply, I needed to make a movie, so my daughter taught me iMovie.

Miraculously, I was accepted to the program.  Attending by first ADE Institute introduced me to Challenge Based Learning.  My first experience with CBL was a game changer.  I applied to MACUL '10 to present on CBL.  I also posted some of my multimedia to this blog.  It was noticed by Apple.  I then found myself more vitally involved with the Apple Education community.  This led to more CBLs and more ADE Institutes.

I am very thankful to all the interesting people and experiences ed tech has brought me in this, my fourth decade of Education.

Posted by Anonymous at 2:00 AM No comments:

On March 19, 2013, I presented a webinar on "Implementing Best Practices in Planning 1:1 iPad Programs".  I had participated with a group in a Challenge Based Learning webinar at Apple, but this was my first solo experience.  Lynn Scott at edWeb.net and Lucy Gray (moderator) helped to make this an enjoyable experience for me.

I now subscribe to a couple of webinar threads at edWeb and encourage others to do the same!  Here is my recorded webinar:

Posted by Anonymous at 1:08 PM No comments:

Below you can link to the slides to my presentation at MACUL on Friday, March 22:

Individual Assessment within Group Challenge & Multimedia Projects
Posted by Anonymous at 5:00 AM 2 comments:

MACUL '13 - What We Have Learned about PD for the iPad

Below you will find a link to the slides for my Thursday's, March 21, presentation at MACUL '13.

What We Have Learned about PD for the iPad
Posted by Anonymous at 8:52 AM No comments:

Mercy Ninth Graders Use Google Apps to "Pick a Pope"

A Mercy religious studies teacher's ninth grade Intro to Theology classes have used Google Apps for Education to create an information site and school-wide ballot to "pick a pope".

In addition to a photo and text information, the girls have used their school YouTube accounts to create a clever "commercial" endorsing each candidate. These are completely respectful but fun!  Finally, Mr. Gerardi used Google Forms to create a simple ballot and linked it to the site for easy tabulation of the votes.

What a great use of our Google Apps for Education!  Mr. Gerardi has taken a subject that could be ever-so-remote to our girls and turned it into a memorable learning experience.

Posted by Anonymous at 3:30 AM No comments:

About iCloud, Samsung, and MSU Basketball


When iCloud isn’t enough: When iCloud launched in 2011, I had hopes it would be a single-source solution, but over the years it’s become apparent to me that for my uses, no single cloud-based storage fulfills all my needs. Instead, I rely on a few different solutions based on the strengths of each platform.  http://tinyurl.com/b8h4bx8
How to Say ‘Look at Me!’ to an Online Recruiter  Not having an Internet presence can be damaging, Ms. Safani said. She is among those who recommend that job seekers spend serious time detailing their skills and experience on commercial sites like LinkedIn and Twitter, with an eye toward making their names a magnet for search engines.http://tinyurl.com/auuyyxj
Samsung Emerges as a Potent Rival to Apple’s Cool  The South Korean manufacturer’s Galaxy S III smartphone is the first device to run neck and neck with Apple’s iPhone in sales. Armed with other Galaxy phones and tablets, Samsung has emerged as a potent challenger to Apple, the top consumer electronics maker. The two companies are the only ones turning profits in the highly competitive mobile phone industry, with Apple taking 72 percent of the earnings and Samsung the rest.  http://tinyurl.com/allcghq
Use Evernote and StudyBlue to Create Online Flashcards If your students are using Evernote to record and organize notes during their classes, importing some of the notes into StudyBlue could be a convenient way to create review materials. http://tw.gs/Y1zdgz
I’ve got 99 problems, but a test ain’t one I have not given a test the entire first semester. Not a single quiz or unit exam shows up in a column. My students smile just as wide when they look at their grades as well. It’s been an amazing year so far, why ruin it with an ugly bubble test?  http://tinyurl.com/alc44ss

Posted by Anonymous at 5:00 AM No comments:

On March 4, fifteen iWizards spent a full school day in the new iMac lab with our professional development consultant, Lucy Gray.  The girls were busy creating the program for our class of 2017 iPad orientation.

Lucy began the day, offering some presentation tips to the girls.  After all, they will be the main presenters at the August program.  All of us benefitted from Lucy's multimedia tips.

Each team of three girls developed slide presentation and movie content for a presentation on a key Mercy iPad topic.  The girls have identified these topics as and essential tool in a ninth grader's day one tool kit.  The girls were extremely productive and at the end of the day shared out their progress. I am confident they will be great teachers and of course they are learning quite a bit themselves along the way.

Hadley reacts to an idea in her usual animated way!

It is a goal of Mercy’s IT Department and school administration to assist teachers in redefining instruction for the better.  I use redefining as intended by Dr. Reuben Puentedura.  I the an opportunity to spend a day at Reuben's side at a conference at Apple's headquarters in Cupertino two years ago.
Referencing his model below, substitution is the most basic form of tech adoption in the classroom.  For example, the DVD replaces the VHS which replaced the film that the teacher still loves to show his his students.

Redefinition is the most advanced level of tech integration because it is transformational: new teaching methods are used that would be otherwise be inconceivable without the technology.
At Mercy we are not content with substitution.  Our several years of 1:1 technology with the HP laptops allowed us to hit the ground running when we switched to the iPads, which are now a pervasive part of Mercy life. Our teachers and students are using these devices innovatively
We wish to harness this genius.  The ninth grade Design Foundations course is almost inherently an example of redefinition.  It is my particular hope that our next stage of professional development assists teachers across the curriculum in using the multimedia tools the students experience using in that class.

By the same token we hope to tap into our iPad "iWizards" to not only teach new students how to use their iPads, but we also want them to experience enrichments and be challenged creatively.  We have some very specific ideas about channeling their energy and creativity into school life.
In the coming months I'll have much more to report on these endeavors as we continually seek to redefine what leading edge instruction means at Mercy High School.
Posted by Anonymous at 4:30 AM No comments: 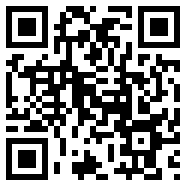