Nearly half of Super Bowl XLVI viewers will check their mobile device as many as 10 times during the game, and almost a third of viewers under age 45 will watch the game “with device in hand.”

The Secrets Apple Keeps
Apple employees know something big is afoot when the carpenters appear in their office building. New walls are quickly erected. Doors are added and new security protocols put into place. Windows that once were transparent are now frosted. Other rooms have no windows at all. They are called lockdown rooms: No information goes in or out without a reason.
http://bit.ly/yLl4p1 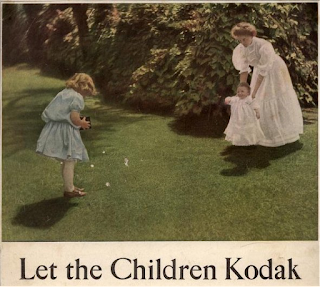 Worksheets and Kodachrome-- Lessons [for Schools] in Kodak's Bankruptcy
At the same time the George Eastman popularized photography, compulsory public education brought education to the masses. Instruction was based on the notion that you could tell people what they needed to know. State education departments, publishers and teachers decided what was important and then delivered it to students via textbook and lectures. Perhaps the unstated slogan of that instructional model was "you listen and take the notes, and we do the rest.”
http://bit.ly/wFqKmf

To change the landscape of a classroom, maybe it takes just three phrases.
To empower, engage, excite, energize a student it might just take three phrases.
http://blog.mrkemp.ca/?p=11


The Magician
Innovation used to spill over from military and corporate laboratories to the consumer market, but lately this process has gone into reverse. Many people’s homes now have more powerful, and more flexible, devices than their offices do; consumer gizmos and online services are smarter and easier to use than most companies’ systems. Familiar consumer products are being adopted by businesses, government and the armed forces. Companies are employing in-house versions of Facebook and creating their own “app stores” to deliver software to smartphone-toting employees. Doctors use tablet computers for their work in hospitals.
http://econ.st/pYt5Ll
Posted by Detroit Sports Dork at 5:59 AM