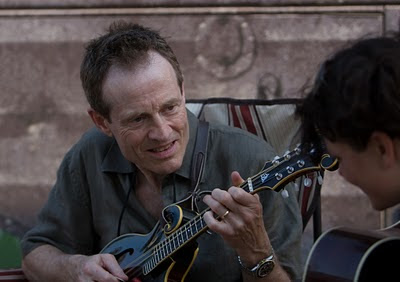 Don't know what to do with those Amazon or iTunes gift cards you received over the holidays. Rather than begin the New Year with a list of resolutions, I've made a list of suggested albums to add to your collection. I have provided music for most tests.

The first list of ten draws from a variety of popular styles. I have tried to stay a couple of steps off the beaten path. All ten are winners!

Bob Dylan -- Live 1975, The Rolling Thunder Revue
Wow! Dylan exploded back onto the scene with this tour. Outstanding performances

Widespread Panic -- 'Til the Medicine Takes
Awesome Southern rock-- I rank 'em ahead of the Allman Brothers.

Sufjan Stevens -- Illinois
So multi-layered you'll hear something new each time you listen.


Since jazz is already off the beaten path for many listeners, I've been less concerned about avoiding "popular" artists. Just about anything by Bill Evans, John Coltrane and Miles Davis (especially 50's, 60's) is worth acquiring, so I left them off. I tried to add suggestions that would work for either discerning jazz collectors or someone who would like to take a spin with the genre.

Bill Mays -- Mays in Manhattan
I play this when I'm happy because it always makes me happy to hear those opening bars.

David Holland Big Band -- What Goes Around
To quote from one reviewer, "Highlights? The whole album is a highlight. . . . richly creative"

Stan Getz & Kenny Barron -- People Time
This one came to me through jazz aficionado, Tome Schusterbauer. Highly melodious and emotional.

Lincoln Center Jazz Orchestra -- Big Train
Tracie, Tom, you like trains? Put this album on and take a glorious ride through your imagination.


I did not avoid major artists or composers with my classical recommendations. You will also note that I am partial to Baroque and Classical keyboard and chamber music.

Bach: Partita No. 4 Ballades-- Maria Joa Pires
My Bach keyboard collection mainly consists of performances by Perahia nad Hewitt, but this one is my very favorite

Tchaikovsky Quartets 1-3 -- Borodin Quartet.
A perfectly blended sound for these under.

From the Basement
Several artists play a song or two. The Radiohead and White Stripes sets are worth the cost alone.

An All Star Tribute to Brian Wilson
Uneven tributes, but I listen to the Aimee Mann/Michael Penn, David Crosby, Vince gill sets again and again. Transcendent.

Bruce Springsteen & the E Street Band Live in NYC
Disc one is among my favorite rock music recorded any time, anywhere.

Alison Krauss & Union Station: Live
I've seen her live and this is the next best thing. Sweet 5.1 dts sound.

John Fogerty-- The Long Road Home
Not much showmanship but all the Fogerty classics are here and he is backed by terrific musicians.

Crossroads 2007
Tremendous blues music by one Hall of Fame performer after another. Tune for tune your best purchase of my top ten.

Great stuff here, LB. And thanks for the shout out. I'm surprised that, even with all the hours we spent talking about music over the decades, there are some here that we both have and never mentioned. I agree completely with your comment on Springsteen. And I have seen Fogerty enough to agree that he is not much of a showman. He never seems completely relaxed and certainly not verbose. But his current group of musicians, especially that muscle bound drummer, are superior.

Thanks for the list. I'm taking down some of the titles that I was not aware of.

I saw Creedence right before break up and Fogerty said about two words the whole night! But that fella can play!
Regarding undiscussed tunes-- too much music and too little time (especially with that enormous and splendid jazz collection of yours! If you get a chance, add some jazz recs to my Facebook note (or here).