Friday Take out from the Drive-thru 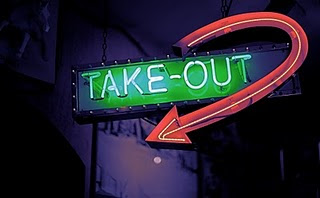 Tony Wagner
Students who have learned to collaborate, to think critically, and be more confident about their own ideas also tend to make better moral judgments.
George Siemens
When I hear people talk about the neutrality of technology, I get worried. . . . We are controlled by what we’ve created as much as we control it . . . . Today, I view my iphone less like a device than I do as a part of my cognition. We need to surface technology’s hidden ideologies and philosophies. If we don’t surface these aspects, we dance blindly to a tune that we refuse to acknowledge, but still shapes our moves.
Trung Le
Even before students set foot in a classroom, most schools still are built like factories: long hallways, lined with metal lockers, transport students to identical, self-contained classrooms. . . . Encourage learning to happen throughout a school building by creating spaces that allow ideas to circulate as readily as foot traffic. At Thomas Deacon Academy [click for virtual tour]. . . learning spaces freely flow into each other. Students can see different types of learning occurring all around them and every inch of the school can be used to educate.
Megan McArdle
Forget the literary giants who once traded barbs at Elaine’s or the Algonquin. Now the battle over the world’s literary territory, a contest on the epic scale of Mothra vs. Godzilla, is between Amazon’s Kindle and Apple’s iPad.