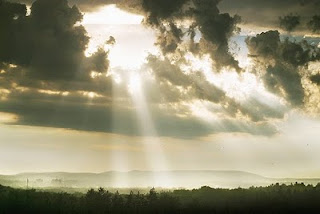 I find myself returning now and again to a recent op-ed piece by Eric Schmidt, CEO of Google, called Erasing Our Innovation Deficit. It reminds me to keep pushing myself to open up my classroom and to urge my students to think outside of the box. Here are some excepts that really hit a chord with me:

*We can no longer rely on the top-down approach of the 20th century, when big investments in the military and NASA spun off to the wider economy. . . . The ideas that power our next generation of growth are just as likely to originate in a coffee shop as in the laboratory of a big corporation.

*Innovation is disruptive and messy. It can't be controlled or predicted. The only way to ensure it can flourish is to create the best possible environment -- and then get out of the way.

*Risk-taking means tolerating failure . . . Show me a program with a 100 percent success rate, and I'll show you one with 0 percent innovation.

*Right now, somewhere in the United States, someone is working at a kitchen table, in a dorm room or a garage, developing an idea that could not only create a new industry but could also just possibly change the world. If we provide the right environment, she'll do the rest.

Posted by Detroit Sports Dork at 5:57 AM