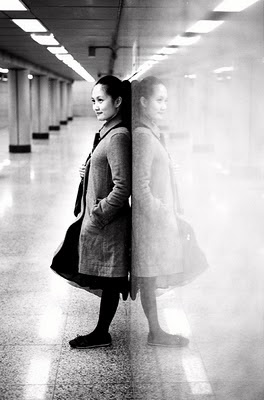 A very important aspect of Apple's Challenge Based Learning model is Assessment:

Challenge Based Learning follows a workflow that mirrors the 21st century workplace. Students are given enough space to be creative and self-directed and at the same time are provided with support, boundaries, and checkpoints to avoid frustration.

I emphasized the importance of this with my AP Government challenge groups. The groups set goals and logged them on their google docs. These tended to be overly ambitious and lofty, so I nudged them to make them more measurable and concrete.

At the end of the process, the groups reflected seriously on their journey. Across the board, their evaluations were insightful and interesting. Here is an except from the What Up Gov! group:

We found as we did our research that [one goal] was too broad, and our audience was unrealistic. . . . By changing our audience, we felt could make a greater impact and be more successful. We were trying to go global, but that was way too ambitious. . . . we focused on finding the most successful medium to do this. . . . We experimented with Twitter, a website, and Facebook. . . . The Twitter didn't receive many hits, and we felt it wasn't as successful as other mediums. The Facebook really took off well . . . We feel we really achieved our goal, because we got teens involved in the forums and sparked teen interest in democracy and our government. The discussions were very informed and interesting . . . .We're also a lot more educated on all the issues, because when we posted discussion topics we had to learn about the issues first. We also learned a lot from the posts of other people, allowing them to educate us, which we thought was really cool. . .

Posted by Detroit Sports Dork at 5:58 AM