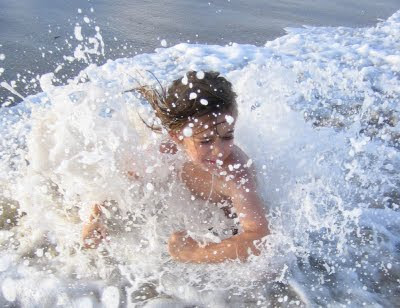 I'm still trying to get my head around Google Wave, but the Chicago Tribune and the Austin American-Statesman are using it to engage their readers in participatory journalism. Leah Betancourt writes at Mashable on How Google Wave is Changing the News.

Melissa Corey, a Missouri librarian, ponders the challenge of "making the unseen seen" as she battles cultural inertia to move her media center into the 21st Century. From The New School Library she posts, Agents of Change-- Paradigm Shift in Progress

Leave it to journalists to lead the way in new technology ... :) Actually, I'm trying to understand Google Wave myself, but if it's truly successful, could it mean the beginning of the end of social networking tools like Nings?

Yes, Lynn, the Wave appears to be the mother of all wikis and nings. As we and our students gradually go 24/7 on the Net with our iPhones and such, this could be a pretty amazing real-time social media site. But until everyone is on the Wave, the nings and Wikispaces are just peachy places. I'll be doing a couple of shout-outs about them on Monday, after Friday's -- drum roll please--- awesome guest blog post.

I'm friends with the woman they interviewed from the Chicago Tribune who worked on their Wave project :)