"I failed my way to success" 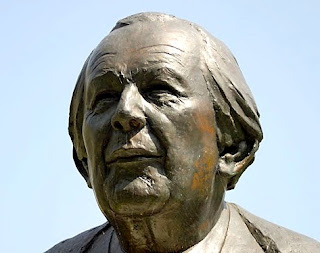 
"Technology: Opening Minds with a New Set of Keys"
-- Anon

"Part of the American myth is that people who are handed the skin of a dead sheep at graduating time think that it will keep their minds alive forever."
-- John Mason Brown

"Nothing is ever achieved without enthusiasm."
--' Ralph Waldo Emerson

"We are drowning in information but starved for knowledge."
--John Naisbitt

"Schools are among the very few institutions that have remained almost entirely unchanged for most of this century."
-- Judith Aitken

"Every organisation has to prepare for the abandonment of every thing it does. Be prepared to abandon everything, lest we have to abandon the ship."
--  Peter Drucker

"The principal goal of education is to create [human beings] who are capable of doing new things, not simply of repeating what other generations have done."
--Jean Piaget
Posted by Detroit Sports Dork at 6:26 AM