Notes from S-7 Base Camp 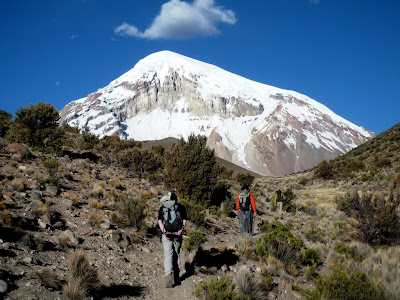 We are still early in the process. I have been urging the students to think hard at each stage and open up their minds to a varety of resources.

I have a few early observations:

The AP groups are really engaged with the project, but they are very task oriented and straining to blow through the early steps. I have been mildly intervening to stop them from planning their solutions before they really understand their questions and have done their research. Today, they were incredibly self-directed in class, but also emailed me with some questions later. While none of them had ever worked with a Google Doc, they seem comfortable with the collaborative documentation.

My three sophomore classes are a different kettle of fish. For one thing, they seem less daunted by the new technologies. Thus far they have been engaged, though more easily distracted by the novelty of co-editing on Google Docs. They have been far more superficial in terms of the types of questions they ask me:

"What is your email address?"
"Where do I find the [doc] invitation?"
"Can I hyperlink in Google Docs?"
"Are we being graded as a group?"
"What do you mean by multimedia?"

While They have been very responsive when I stop by the group and stir the pot. But I would have to honestly say that they have not shown much imagination and resourcefulness. . . . yet. But it's early!