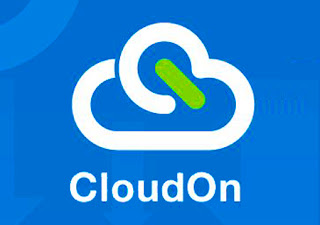 CloudOn Brings Microsoft Office Apps To iPads
If you’re a frequent Microsoft Office user, then this is a must-have iPad app. Until Microsoft releases an official iOS version of its Office suite, this is the best alternative on an iOS device.
http://bit.ly/zzlBu7
QR Coded Student Videos: Classifying Activity
Have them generate QR Codes for each video they created using a service such http://goqr.me/ or  YouTube Video QR Code Generator.  These are generated by inserting the YouTube video URL to general the QR code.
http://bit.ly/AsirrY
Professor’s Classroom iPad App Debuts
A professor from the University of Michigan at Ann Arbor is trying to turn the iPad into a new kind of classroom tool that lets students draw on a shared canvas.
http://bit.ly/vZj3B1
Inkling Creates First Industrial-Grade Publishing Platform For Interactive eBooks
The team set out to build a publishing platform that would redefine digital media, starting with reinventing the textbook. But in doing so, they’ve discovered that to reinvent books, they’ve had to go back to ground zero and re-imagine the entire printing process itself.
http://tcrn.ch/wDaEyk
Twitter Helps Journalists Break News
Researchers at Rutgers University and Microsoft developed Seriously Rapid Source Review to give journalists access to breaking news like never before. Reporters won’t have to comb the web — or Twitter’s 200 million tweets a day — for sources.
http://on.mash.to/xzcICe
Scanner Apps Turn the Phone Into a Fax Machine
The scanning process is fairly consistent, regardless of the app. You take a photo of a page, preferably in good light. The software scans the image and lets you crop it before a version is created for sharing.
http://nyti.ms/zG0AeA
Posted by Detroit Sports Dork at 5:28 AM